Where Am I? And How Can I Find Myself? 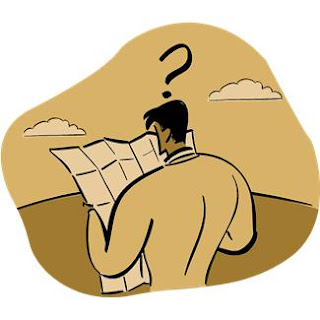 When we needed a tow last Sunday, the first question they asked - after the obvious, what kind of boat, how many people, are you taking on water, kind of questions - was “where are you?” But what if I couldn’t tell them where I was? What if I didn’t know?

We could at least see some landmarks. “Maybe a half a mile northeast of Thomas Point light” is a reasonable answer, but not very precise; it’s not like we were the only boat in the vicinity. The towboat could have spent a lot of time meandering about that general area looking for us, if that was the best location information I could give. To be more precise, I could use the compass built into the binoculars and get an exact bearing on several known landmarks, and plot a position on a paper chart. When Dan was working with the sailing program at the Naval Academy, and teaching this skill to midshipmen, I was in practice and could even plot that sort of fix quickly and accurately. Or, I could press a button on my trusty GPS and tell them exactly where we were, within 50 feet or less.

We use GPS all the time when we’re sailing – its absolutely critical when we’re out of sight of land – and it makes it easier and safer when we’re in well-charted areas here in the Chesapeake. We have a GPS in the car, and even one in the cellphone. The latter, I’ll admit, doesn’t get used for anything more significant than checking in in social media. <*wink*>

Losing the ability to know exactly where we are would have been inconvenient for us during the engine failure on Sunday, but it’s easy to imagine far more serious consequences. The first one that comes to my mind would be a man-overboard situation – a person in the water is far harder to spot than a boat, and time is of the essence when the Coast Guard is searching. We’ve all come to rely on GPS … and yet I learned with some alarm that loss of GPS is a real possibility.

GPS is a satellite system, and it’s possible to have interference from atmospheric conditions, from sunspots, or mechanical failure. I’m not talking about those conditions that could affect the reliability of GPS. I’m talking about a proposal to FCC to allow a private company, LightSquared, to develop a new broadband service that would cause widespread harmful interference to GPS signals and service. According to FCC’s own report, “… all phases of the … deployment plan will result in widespread harmful interference to GPS signals and service and mitigation is not possible.”

So I’m going to ask you to think about these points posted on the BoatUS web page about this issue:

And I’m going to give you some links where you can learn more about this proposal.

The website for the Coalition to Save Our GPS points out that, “GPS has become a key component of the U.S. national infrastructure, the driver of a significant part of the civilian economies of the world, and the enabler of millions of professional precision uses and consumer benefits. The viability of the GPS signal is now threatened - ironically by what appears to be a misguided attempt to increase accessibility to broadband by creating a needless zero-sum result for customers who want both services."

Fellow boating bloggers Chuck and Susan posted this on both their Voyages of Sea Trek and Trawler Beach House blogs: “There has been a lot of discussion recently on how the U.S. government could possibly allow LightSquared, an independent 4G LTE provider, to put up 4,600 [transceivers] sending broadband data services in the L band with such power that could significantly interfere with nearby GPS frequencies. Possibly causing complete failure for a high quality civilian GPS like your automobile GPS, even under an open sky, and for critical units such as those used in aviation.” Think about that.

And finally, I’m going to ask you to comment to the FCC. You can comment via the very easy to use BoatUS web page for this issue, even if you are not a BoatUS member; or you can comment directly to the FCC here. If you comment via the FCC site, in the box which says “Proceeding Number,” type: 11-109. It is important to include this docket number with your comments. Then enter your contact information in the appropriate boxes. (Starred items, including your name or your company’s name, and your mailing address/city/state/zip, are mandatory.) After you type or paste your comments in the comment box and click “Continue,” a review page will load listing all of the information entered. If correct, click “Confirm.” If you have trouble, contact the FCC ECFS Helpdesk at 202-418-0193 or e-mail at ecfshelp@fcc.gov.