They had told us they had really gotten into fourwheeling and camping in the desert, so on the first full day we all got in the jeep and went to a place with the unwieldly name of Anza-Borrego Desert State Park, and the adjacent Ocotillo Wells area. The latter is the only one where you're allowed to go off-road and I'm almost certain I reviewed the EIS for it when I was driving that LMD (large mahogany desk) as a Washington bureaucrat. The reality was even more desolate than the documents conveyed.
A desert road: 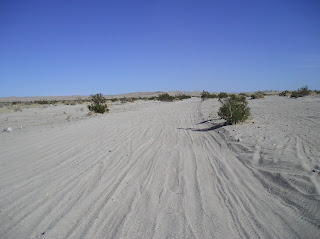 Wouldja believe, a road sign? The intersection of Crossover Trail and Tarantula Wash: 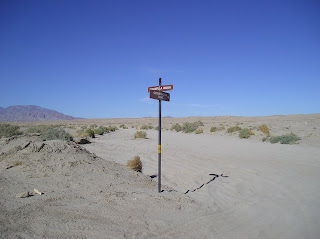 How you find an oasis - the literally-named Una Palma ("One Palm"): 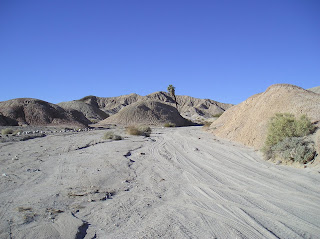 It wasn't all quite that dry: 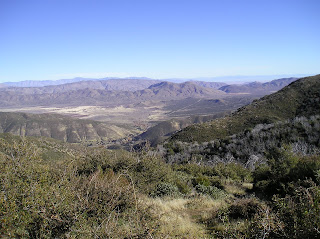 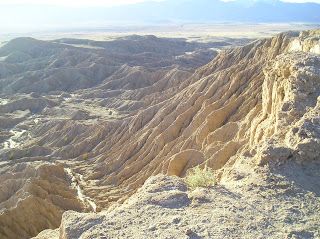 Ellen got this picture of me taking the above picture: 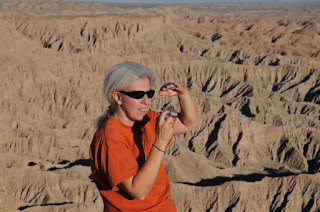 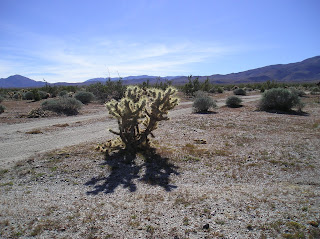 When we were kids, my brother and I used to play a game, trying to take photos that looked like they were taken on another planet, "My Summer Vacation on Mars." James got this photo of Dan on a hillside called Shell Bank. Looks like James used to play the photo game too! 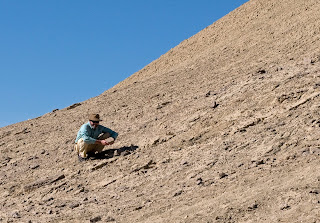 It's called "Shell Bank" because of the fossil shells - look at the tiny shell just above my finger. Proof that this area used to be underwater. 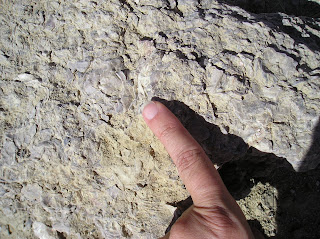 James used Photoshop to blow up and enhance the picture of the shell: 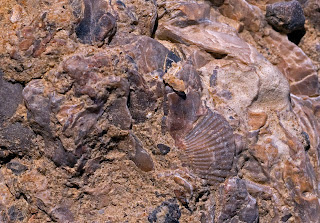