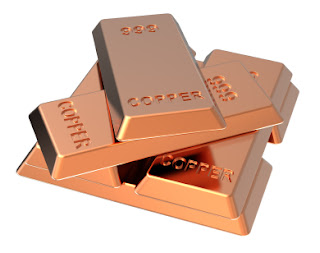 We hauled the boat out of the water yesterday to try this new copper bottom paint that everyone’s raving about. Like every haulout we’ve ever done, I’m sure it will be an eventful project.  And the adventures began before we  even got out of the water.

The marina staff has never used this material before so they really wanted to do it right.   (Of course, we want that too!)  The guys who would actually take our boat out of the water and block it up on land, knew that we were living aboard and hence wanted to put us in the most comfortable place for easy living, close to all the marina amenities (thanx, guys!)  Meanwhile, the guy who was actually going to put the paint on, wanted us in the most isolated out-of-the-way place possible to minimize the chance of dust or spray messing up his work and give us the best job possible (thank you, too!)  – which was of course the exact opposite of the place the first crew had in mind.  And neither had explained to the other the rationale behind where they wanted to locate the boat, which ended up in a bit of a shouting match - "Here!" "No, there!" "No no no, over yonder!"  In a weird way, I was very very flattered – it felt like we were more like marina family, in front of whom you’re allowed to squabble, and less like we were a marina customer in front of whom you have to maintain a professional demeanor.  And it was all predicated on each of them trying to do the very best they could for us, in their own sphere of influence, and understanding only part of the big picture.  And just like in a classic business story, as soon as everyone understood the whole project and each other’s priorities, the solution became apparent, and we’re in a place that’s both quiet and comfortable, away from traffic but close to … not the marina amenities, but the amenities for the party pavilion at the far corner of the marina.  Best of both worlds!
Posted by Dan N Jaye at 11:46 AM